PBS is proud to recognize two team members awarded by the Oregon DJC as Women of Vision for 2017. The annual Women of Vision awards honor women who have exhibited outstanding industry leadership and community involvement along with a strong commitment to diversity, inclusion and mentorship. This year’s winners were selected from public agencies, private firms and nonprofit organizations.

Among this year’s winners were Heidi Yantz, Geo-Environmental Division Manager and Principal Hydrogeologist; and Maureen White, Senior Engineer and Operations Manager for the firm. Their dedication and investment in improving industry diversity was highlighted during a special banquet held in honor on October 10, 2017. 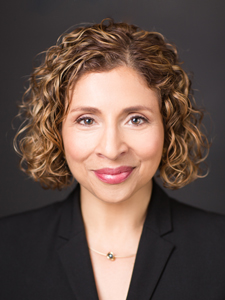 When Maureen White speaks with young girls about the life-changing opportunities for women in the engineering industry, she speaks from the heart. Maureen grew up in Costa Rica, where opportunities for women have transformed over the last twenty years. While the nation is now robust in its options for women, career paths at the time of Maureen’s upbringing were often limited to teaching, nursing, or secretarial support. Despite these pressures, Maureen developed a passion for technology at an early age, and was determined to pursue a career in the sciences. Maureen’s grandmother became a source of inspiration, having been pulled from school immediately after learning to read and write. “You don’t have to follow the path of others,” she said. With her support, Maureen came to the United States with the dream to do more.

Maureen began undergraduate school, where she studied technology while learning the English language. Finding her niche in the world of science was a journey, but she eventually chose an engineering course and decided to test the waters. She instantly fell in love. For Maureen, engineering was the outlet that combined her passion for science with the desire to make a difference. She had found her place in the world.

Since that time, Maureen has grown both as an engineer, a role model, and a leader. Her history as both a professional and an educator can be summarized in one term: future-focused. Over the last 21 years, Maureen has used her role as a woman in the engineering industry to invest in our communities through design that puts people first. Locally, she has applied her talents by engineering the core spaces of tomorrow’s communities: schools, hospitals, and commercial developments.

During her time with PBS Engineering and Environmental, Maureen has served a unique niche. While the company historically focused on public work, Maureen brought her passion for community to private and educational projects across Southwest Washington and Oregon. With additional experience in environmental site assessments and wetland conservation, Maureen brings an environmental awareness to every project to help protect our region’s resources.

Maureen’s history as both an engineer and a manager has made her keenly aware of the need for future engineers. By taking an active role in events that introduce students to the STEM careers, Maureen helps open the world of engineering for the next generation. Her work with local students includes presentations, mentoring, and hands-on tours to expose children to the critical workings of our infrastructure, and the vast opportunities for future designers.

Maureen was promoted to Senior Engineer and Operations Manager for PBS, and has forged the firm’s Portland-based engineering group. Her focus on close, collaborative communication with her clients has developed long-term relationships—allowing the company to expand engineering services throughout Oregon. Maureen has played an ongoing and foundational role in engineering one of the region’s most significant projects: the Vancouver Waterfront Project. This $1.5-billion project along the Columbia River includes 32 acres of park, residential, and commercial space. The urban design is slated to transform downtown Vancouver by creating a waterfront amenity for people who live, work, and shop in the area.

Maureen’s Involvement in the Community

Maureen has a clear educational philosophy: the best way to inspire students to enter STEM fields is by providing them with hands-on experiences that allow them to see how science is applied in the real world. Her community outreach efforts blend classroom-style presentations, Q&A sessions, and tours of engineering project sites so students can see the field in action. Most recently, Maureen has given student tours of the Vancouver Waterfront construction site, sponsored by the Vancouver School District, the Port of Vancouver, and Gramor Development.

A core focus of her efforts is instilling confidence in young women, and inspiring them to pursue the field of science and engineering. She has worked with groups of high-school age women during special events sponsored by PBS, to explore engineering careers, answer questions, and present the unique possibilities of a career in the sciences. By engaging young women about opportunities in engineering, Maureen hopes to leave young girls with the tools to make informed decisions about their future. 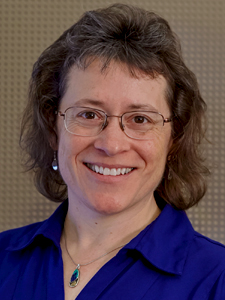 The core of Heidi’s leadership in the building industry is centered on three issues: a passion for environmental stewardship, effective communication, and collaboration. With more than a decade of management experience behind her, Heidi entered the field of hydrogeology 17 years ago with the goal of helping clients manage risk by mitigating environmental hazards. Hired by PBS Engineering and Environmental in 2006, Heidi made her mark on the industry by applying her expertise in environmental management to hundreds of municipal and industrial projects, many with complex contamination issues, Superfund status, or challenges balancing the needs of multiple stakeholders. A serious challenge for projects of this type is communication. Property owners and regulators often don’t see eye-to-eye, and the resulting stalemate can sometimes stall or inevitably postpone clean-up efforts.

With her combined degrees in both business administration and geology, Heidi brought a unique approach to these complicated projects. Her methodology focused on facilitating open collaboration between regulatory agencies and clients, and finding a mutual set of goals that allowed clean-ups to proceed and environmental benchmarks to be met. Over the last decade, Heidi has overseen clean-up and environmental safety efforts for the Oregon Department of Transportation, the U.S. Department of the Army, and large-scale industrial clients across the region.

During this time, Heidi recognized the need for an outlet to foster communication between women in the environmental consulting industry. In 2009, she became one of the founding board members of Women in Environment (WIE), whose mission is to further professional development and opportunities for women in the environmental field. WIE fosters relationships, mutual respect, and diversity among environmental professionals through networking, education, and mentoring. The group was an immediate success, with events consistently filled to capacity. Women in Environment later became a 501(c)(3) and has expanded to include Seattle and the Bay Area. Heidi continues to work with the group’s Communications Committee to facilitate social networking and identify opportunities to bring women in the industry together.

In April of 2015, Heidi was promoted to the role of Principal Hydrogeologist, became manager of the firm’s geo-environmental division, and now leads the department she helped build for more than a decade. 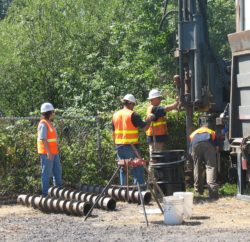 After a decade of successful project-level management for PBS, Heidi was appointed to the role of Principal Hydrogeologist in April of 2015. As a female leader in a male-dominated industry, Heidi has navigated the challenges of A/E management by committing to the principles of communication and collaboration. Rather than using a top-down approach, Heidi works collaboratively to combine the talents of her team to anticipate challenges and achieve project goals. As a principal of the firm, Heidi is responsible for coordinating long-range financial goals and serving as the representative for the firm’s geo-environmental practice, one of five disciplines within the company.

Heidi’s Involvement in the Community

In addition to her work for Women in Environment, Heidi has served on the board of the Northwest Environmental Business Council (NEBC) for four years. NEBC represents the region’s leading service providers working to protect, restore, and sustain the natural and built environment. She also served on the hiring committee for the group’s new executive director, and successfully helped select a nominee to bring together environmental firms with industry.

Heidi is committed to fostering the next generation of STEM professionals, and regularly makes herself available to new graduates for one-on-one encouragement. These relationships often include mentorship, networking for entry-level geologists, and connecting graduates with career path opportunities. Heidi has encouraged entry into the field of hydrogeology by participating in events for students and new graduates through the Association of Women Geoscientists and the Association for Engineering and Environmental Geologists.

Outside the A/E industry, Heidi regularly contributes to her favorite charity – the Community Transitional School (CTS) in NE Portland. CTS provides at-risk children with a stable educational environment that promotes their academic and personal growth.

People
Projects
Careers
Manage Cookie Consent
To provide the best experience, we use technologies like cookies to store and/or access device information. Consenting to these technologies will allow us to process data such as browsing behavior or unique IDs on this site. Not consenting or withdrawing consent, may adversely affect certain features and functions.
Manage options Manage services Manage vendors Read more about these purposes
View preferences
{title} {title} {title}